The Modi biopic may have been postponed but this newsletter is not. Till last week I had no idea Vineet Sharda existed but his speech made Kamal the new Gucci Gang.

He’s not the only meme debutant this week as Vikrant Massey is in too. To balance the scales, Kalank, the Karan Johar movie and nepotism extravaganza dropped its trailer this week. 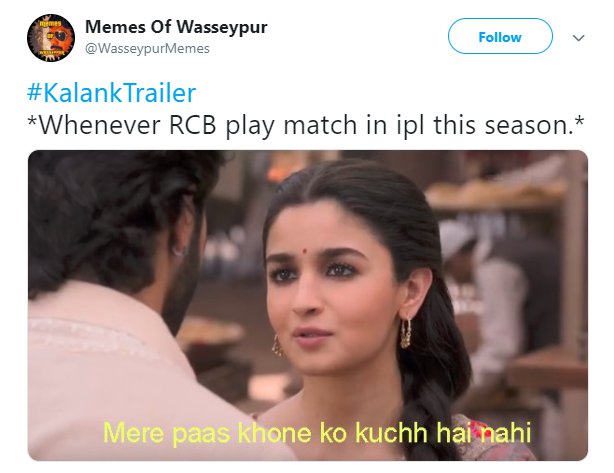 If I ever become a politician, I would want this person to act as my cheerleader. Vineet Sharda went on a crazy rampage shouting Kamal Kamal Kamal Kamal. He was just listing the starcast of Dasavataram according to this Tweet: 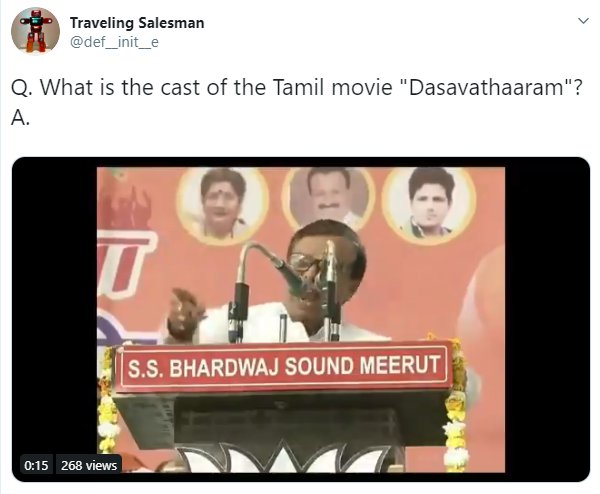 Vikrant Massey, the talented actor who has worked in several TV shows (like Balika Vadhu, Dharam Veer) and movies like Dil Dhadakne Do has a new web series called Criminal Justice, on Hotstar. I don’t have anything bad to say about him, really. It has taken him many years but he finally has his own meme. So kudos to him.

Since it’s appraisal season, some of you might relate: 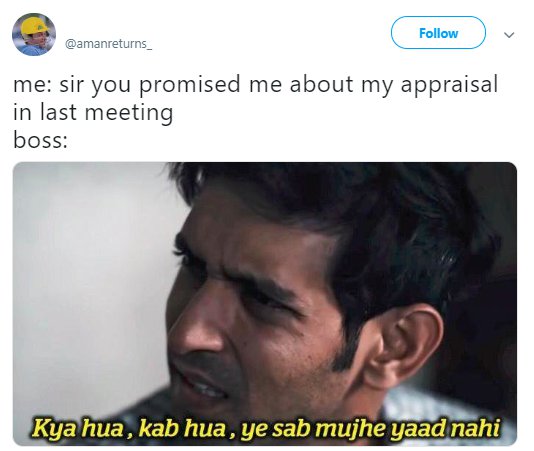