Rajinikanth Beyond Science in 2.0 memes

In the Tamil movie, 2.0 starring Rajinikanth, the sequel to Enthiran (2010), Rajinikanth says “This is beyond science”.

That dialogue has become a meme and been shared across the internet, not just in India but even on international websites like 9gag, stayhipp. It even has its own Know Your Meme page.

Watch the teaser with the dialogue at the 0:36 mark:

The meme is used as a response to impossible or puzzling situations. Like this post on /r/memes made on Oct 09, 2018 which has received 67k upvotes and gold 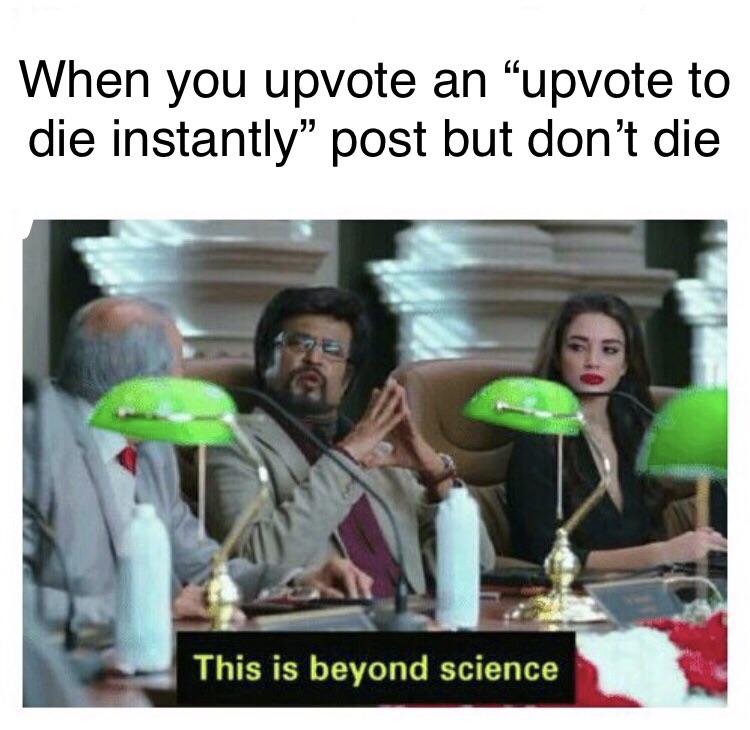 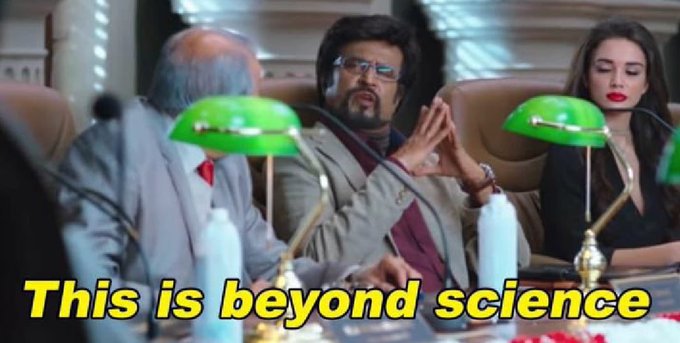 This is Beyind Science