Pooja What Is This Behaviour memes

The Pooja Misrra and Shonali Nagrani fight on Bigg Boss has come back as a viral video.

Since then I can’t stop myself saying “Pooja what is this behaviour?” or “You’re asking for it! You’re dying for it” to anyone’s slightly wayward behaviour. So does this guy apparently:

Also if my child does not do this, they’re probably not my child:

And um whatever is going on here:

POOJA WHAT IS THIS BEHAVIOR https://t.co/lxf3kkoNTF

Using Pooja what is this behavior as a pickup line? Bold move, Cotton.

Another user @rukhsxr_ made a thread of all of Pooja’s ‘behaviours’ like this:

Go watch the entire thread. I have no words to describe it. There seems to be a pattern in this behaviour that might do wih some help. Like this article that talks about how residents of the building she was living in also didn’t like her behaviour. 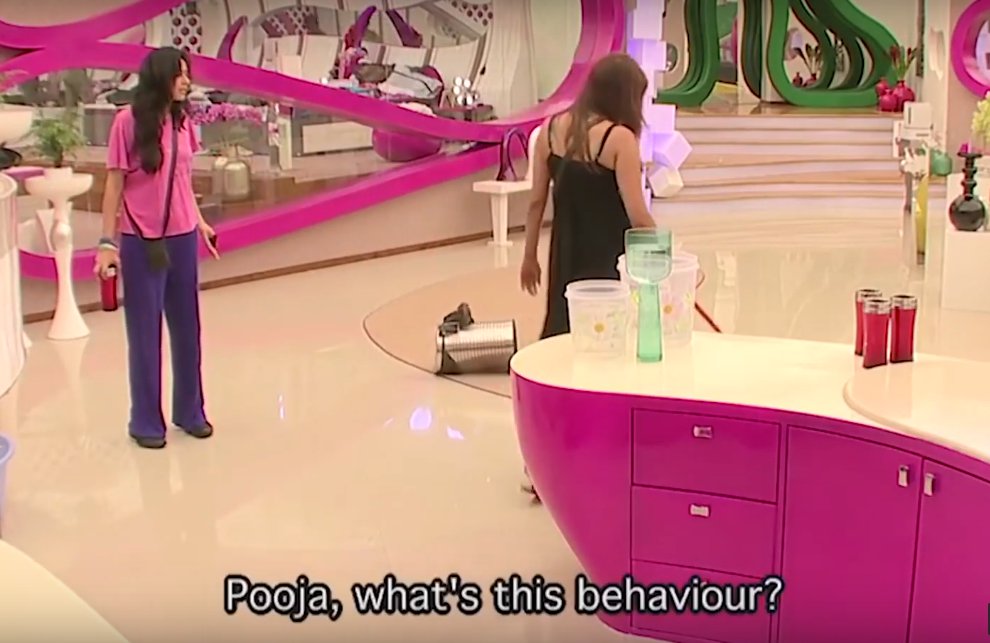 Pooja What Is This Behaviour