The full video is on youtube. His now famous line “Yeh koi randi khana hai?” happens at around the 11:40 mark.

Twitter user @AMIT_GUJJU first shared this clip from the video on Feb 27, 2019.

This clip was picked up later by Twitter user @Le_Sabre54 on Mar 01, 2019. It has since become a popular reaction GIF.

Maj Gen GD Bakhshi screaming into a microphone - of the constitution club - asking if he is in a whore house is probably one of my favourite things on the internet right now pic.twitter.com/hCV2ASKJ4I 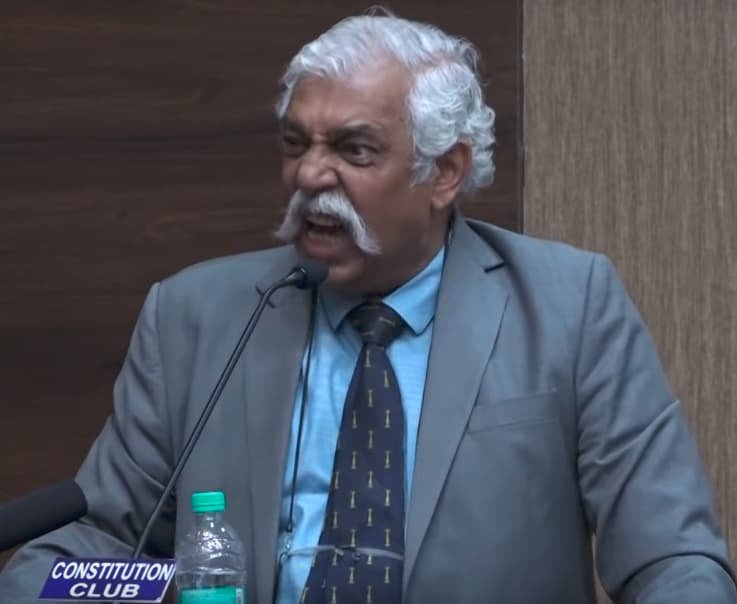 This tutorial by Abhinandan Sekhri on how to ‘Do a GD Bakshi’ on a debate panel.

How to GD Bakshi on primetime news -- a demo by @AbhinandanSekhr. pic.twitter.com/M45RfVloyL