The trailer for Ranveer Singh and Alia Bhatt starrer Gully Boy released on Jan 09, 2019. As is common these days, screen captures with dialogues have become fodder for memes. This was no exception.

Alia Bhatt with the most impactful dialogues made it to the most popular ones. Alia Bhatt is no stranger to memes. This time though, they’re for a good reason, unlike last time when she was the subject of ridicule for not knowing the President of India.

One of them was “Mar Jayega Tu” (translation: you will die). Ranveer Singh asks her to promise him that she won’t fight with his female admirers to which Alia Bhatt responds with “Mar Jayega Tu”.

This particular tweet by Mumbai Police raising awareness about wearing helmets while riding a motorcycle received the most love with over 4.5k retweets and 20k likes.

When he argues to ride a motorcycle without wearing helmet #SillyBoy pic.twitter.com/OPzycNdEAm 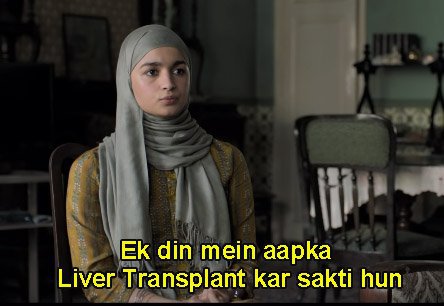